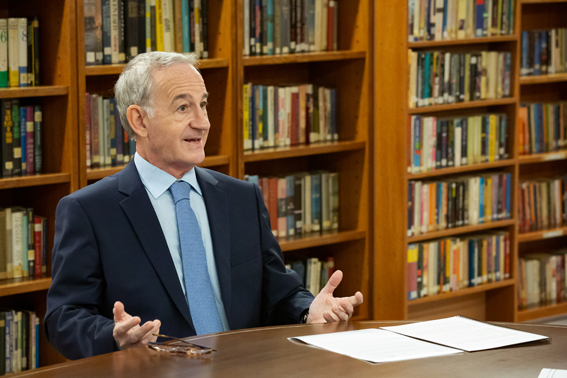 The Institute of North American Studies Foundation is embarking on a new stage in which it has stopped teaching English and is focusing on North American studies. We talk to its President, Dr. Joan F. Corona, to find out first hand what the organization’s main objectives and challenges are.

The Institute of North American Studies will turn 70 in 2021, coinciding with the beginning of a renewed project. What are the key principles of this new phase of the IEN?

The IEN is an organization with a very important trajectory which has gone through very different stages of history. The Institute was established in the early fifties during Franco’s regime, and it continued through Franco’s agreements with President Eisenhower, the end of Franco’s regime, the democratic transition and everything that has happened since. It has been able to adapt its activity over the years, even if political and economic factors in recent decades may have caused it to focus more on teaching English.

The English classes were highly relevant when they began as there was only one other institution in Barcelona that offered them. Different members of the Board of Trustees, and I myself, were students at the Institute. But English teaching has gone from being a rare originality to a commodity. It is taught in schools and universities, and there is a wide selection of establishments and academies that offer it. That led the Board of Trustees at the Institute of North American Studies Foundation to take the decision to change the model.

We endeavor to be a fundamental part of research into and the dissemination of US culture, history and politics, putting it into context and relating it to Catalonia. The relationship between the United States of America and Catalonia has been a very close one in the private sphere — the founding of the Institute is a very clear example of that — and any activities that strengthen the ties between the two communities would be great for us. We have a job to do, which we have taken on full of enthusiasm and motivation, and that is why we are starting this new stage so strongly.

So, what challenges has the Foundation set in the short and long term?

In the short term, there is finishing the transition, and designing a sustainable model for the Foundation and its activities. That is important. Any activities that do not continue would be very difficult to start again in future. We are working on it and we will have it arranged in a matter of weeks or months. It is true that the current situation with the COVID-19 crisis has hindered our sorting some things, but that does not particularly bother me.

Mid term. Experience has shown us that being overly ambitious and starting with too many aspects at once can cause difficulties. We have started with some activities and we are working on our website. If the 2020 crisis has shown us anything, it is that people who had never thought about working from home before are now used to it. In the academic sphere, video conferences and webinars have risen to impressive levels. The internet allows you to do things that were unthinkable before or which seemed more complicated than they actually are. Having five or six experts from various parts of the world in the same session has been a great deal easier than doing so in person. We have to take advantage of this step forward that society has made, and the internet and various networks must be completely active instruments at any modern institution.

In the mid term, we will have a new website which will be an archive of all types of articles, conferences, webinars… everything we do at the IEN, but also other information that could be helpful for people who are interested in the USA.

Secondly, we should consolidate our research and outreach activities. That is why we have launched a first initiative that we are very pleased with, as it shows that the IEN seeks to do things to the highest level. In the mid term, we should strongly consolidate what we implemented in 2020 and design more lines of work for the future.

The long term is the big question. It is probably more hope than reasoning, but, if everything goes as we hope and if we are able to integrate people and institutions involved in or who want to become involved in the diffusion of American culture into the IEN, the IEN will be an important benchmark of American culture and politics in Europe.

If we are able to consolidate the mid term, as we are taking the short term as a given, the Institute will have a very important future.

He was talking about one of the activities that was launched in 2020, and I understand that he was referring to the creation of the study program on American policy and international security created by the IEN and the Barcelona Institute of International Studies (IBEI) with the incorporation of Professor Jeffrey Michaels as the academic coordinator of the program. Why is this program important? What impact do you expect it to have?

Firstly, I should say that we are very happy with the agreement we have come to with the IBEI. The IBEI is an institution which aims to conduct research to the highest level. We reached the agreement immediately when we spoke to them. There was an international competition that several dozen investigators from around the world entered, some of whom had extremely impressive resumes. The commission created for this purpose chose Professor Jeffrey Michaels who, at that time, had a very steady position at Kings College London. Professor Michaels’ accepting the position was a morale boost because we saw that we could play in the champions league of these studies. Professor Michaels has a considerable resume in American international politics and defense.

When the North American Studies program was established at the IBEI, Professor Michaels demonstrated an impressive working capacity. Soon after arriving in Barcelona in September, he designed and led an international seminar to a magnificent level. He is a recognized academic in this sphere and we hope that he will continue to author articles and books and, above all, organize workshops, webinars and conferences at Catalan universities during his time with us. We hope he will be the first of many academics to collaborate with us.

We have been talking a great deal about the academic sphere, but will the IEN work in other spheres?

Yes, for one reason: our tradition. North American studies should not be restricted purely to the absolutely scholarly activities of political scientists, historians, economists and geographers. Culture is extremely important. In fact, the first impression that the United States has on someone from Spain… Well, maybe that has changed a little now, but it was cultural when I was a student. We knew the States for its cinema, for its cartoons, for its music, for its food… All of these aspects are part of the American culture and we have included them at the Institute throughout our journey. The ones that come to mind now — although there are many more — are that we were the headquarters of the oldest jazz club in Barcelona, the Jubilee Jazz Club. We have hosted important American cinema series, obviously in the original version, with great professionals. I remember Professor Caparrós from the University of Barcelona introducing the films and chairing the discussion afterwards. I myself have chaired tables around which young American novelists presented their books. We have done many activities of this type and we will keep doing them. Culture is extremely important and the fact that we are now focusing part of our efforts on the academic side does not at all mean that we are forgetting what we have always done (very successfully, I think) and will continue to do in the future.

The IEN has also just updated its logo. Why? What drove the changes?

We are in a period of transformation which is very important for us, and we are changing the focus of the IEN’s activity. After more than 50 years, we have stopped giving English classes and, instead, are focused on North American studies.

Besides the misfortune brought about by COVID, 2020 is a year of change for us and these changes should be real. In this sense, we have changed the logo for a more flexible and more modern image which is more in line with our aim. Could we have left it? Of course, but, when you do things, it is important to do them from a global point of view. Changing the image represents what we are doing at the Institute: a change in our operation and objectives, but not our essential business.

So, how do you imagine the IEN in five years?

We will be celebrating our 75th birthday in five years and it will be a very important moment.

I imagine an Institute where, in addition to Dr. Michaels’ professorship at the IBEI, we will have other studies underway as a fruit of our collaboration with other academic and cultural institutions.

That is our aim. In fact, it is the aim of our founders and we have the obligation to implement it.

Would you like to add anything else in conclusion?

Actually, I would. I would just like to say that the Institute was founded in the middle of the 20th century during a turbulent and complex period of our history. It is obvious how the country and the city of Barcelona have evolved since then. The fact that the Institute is not only still alive, but more alive than ever means that it has been able to adapt to the times, to new situations, and to new challenges. I am sure the Institute will be different on its 100th birthday to how it is today, but it will still be there. The people at the helm will obviously have to make an effort to adapt to the circumstances and times, and to maintain the will and legacy of our founders.

We endeavor to be a fundamental part of research into and the dissemination of US culture, history and politics. In the mid term, we will have a new website which will be an archive of all types of articles, conferences, webinars… everything we do at the IEN, but also other information that could be helpful for people who are interested in the USA.

I imagine an Institute where, in addition to Dr. Michaels’ professorship at the IBEI, we will have other studies underway as a fruit of our collaboration with other academic and cultural institutions.

Ilya Levinson: “There is something different in American classical music due to the mix of cultures.” 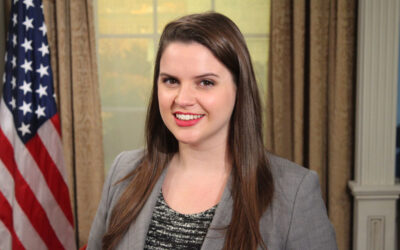 Emma Marwood: “For many US citizens, being able to live in Barcelona is a dream”

Claudio Möller: “The exchange of knowledge between Catalan and American doctors furthers medicine” 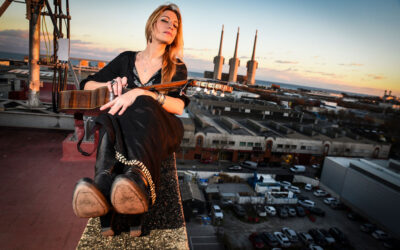 Tori Sparks: “In Barcelona I found a new home where I could grow musically”

Ricard Gili: “Jazz music has values that make it a very special kind of music” 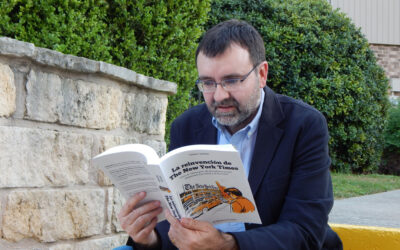 “I am attracted by the powerful storytelling capacity of US journalism”

“I see the IEN as being a connector.” Interview with Guayente Sanmartín, an IEN Foundation Trustee